As the Six Nations has kicked off, we spoke with former England Rugby International Andy Goode about the upcoming games and how his current career as Head of Strategic Sales here at moneycorp compares to his time on the pitch. 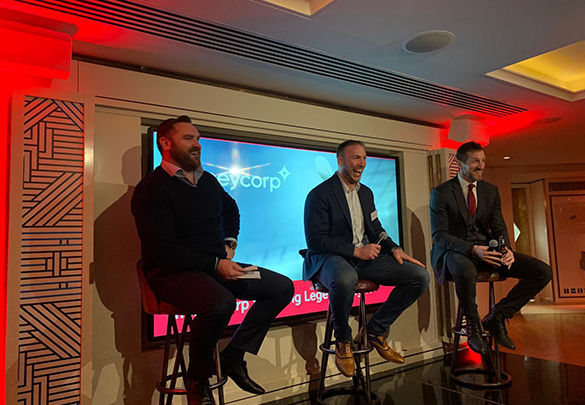 Do you have any predictions for the Six Nations?

Andy: “After this weekend England are the favourites. With three home games left, the decider will be the third round, Wales v England at Cardiff on the 23rd. Nothing can be certain, and Ireland were the team to beat, but now England, Wales and even Scotland have the capability to mount a title challenge.”

Anything else we should be watching out for?

Andy: “I think the big development in the game is in the women’s team, which went professional after the last tournament. After narrowly missing out last year, Captain Sarah Hunter and the rest of Simon Middleton’s squad are sure to be out to prove a point. The only real threat is France, who beat world champions New Zealand earlier this year.”

We’ve see a lot about the fluctuations in the pound – any predictions there?

Andy: “At the moment, the pound is under pressure because of all the uncertainty over Brexit and until that is cleared up, it’s hard to see the road ahead. Rugby was excellent preparation for a career in currency – you have to react quickly and rely on your team when unexpected things happen. I like working with people and businesses to get them through the scrum of currency fluctuations to find a great deal.”

And who do you think will win the Rugby World Cup?

Will: “You can’t underestimate the power of beating a team in the Six Nations now psychologically. The mentality of winning means the foundations of a winning World Cup team could be laid over the course of the next few matches. I’ve placed a wager on Wales for the World Cup, but England could do it too. For me I think it’ll be New Zealand though, for a consecutive third time.”

Stephen: “South Africa has really transformed so they’re my dark horse for the win. However, I think New Zealand do just have something a little bit better than everyone else, so that’s my prediction.” 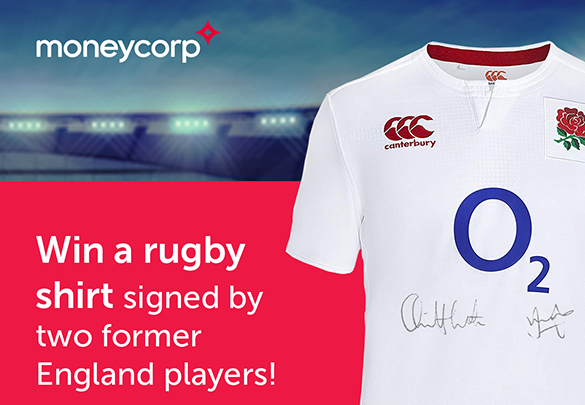 As part of our Sporting Legends series, Andy, Will & Stephen hosted a champagne reception and in-depth discussion on current events and career highlights at The Ivy. While the evening might be over, you can still be in with a chance to win a signed England rugby shirt.

Market updates to keep you informed of currency movements

Competitive pricing giving you access to more than 14 liquidity providers