With Q3 behind us, it’s time to reflect on the impacts of the past 12 weeks on the major currency markets, and to look ahead to what we might expect in Q4 and beyond.

There were a number of key differences between Q2 and Q3, but perhaps the most important one revolved around inflation.

Inflation rates in the UK, US and Eurozone climbed to multi-year highs and in the US’s case, multi-decade highs, but unlike Q2, central banks feared that the rise might prove more permanent.

What caused this change?

There were also some significant developments over the course of Q3.

The US in Q3 - reduction in risk appetite proves dollar supportive

What happened in Q3? The US dollar went through a difficult period when both the Euro and GB pound made gains in the early phase of the quarter, but then the USD fought back. Even as little as 10 days prior to the end of the quarter, it was still a toss-up as to which way the FX markets would finish, but there was a modest strengthening of the USD into the end of the quarter, prompted by renewed speculation of a tightening in interest rates, after inflation rates remained high into the end of the quarter. Risk appetite has taken a bit of a hit as well, and that's proven USD supportive, with growth suffering as raw material prices have spiked. The US dollar's gains haven't been particularly noteworthy, but after all that was promised towards the end of the second quarter in terms of recovery, the disappointing performance of equity markets and major economies may have left investor confidence souring towards other major currencies.

The US administration faced its own series of challenges over the course of the third quarter. A lukewarm reception to a massive tax and spend programme split the House of Representatives down party lines. Meanwhile, the White House also had to deal with a foreign policy disaster in terms of the withdrawal from Afghanistan, which was played out in front of the world's media. That left the Biden Presidency with falling ratings and the media with questions over competency. A coup, in terms of a new security deal between the United States, Australia and the United Kingdom helped to repair some of the damage, although it served only to harm diplomatic relations with France, who saw the rug pulled from under a multi-billion euro contract to supply Australia with non-nuclear submarines.

Economically, there was slower growth, and signs of weakening employment growth towards the end of the quarter. Could that alter the Federal Reserve's mind in terms of when it starts to rein in the pace of asset purchases (currently $120billion per month)? The markets still seem certain that this will begin in November, and will pave the way for rate hikes in 2023. According to the Fed's new projections (dot plots), there could be as many as three hikes in 2023, even in the face of weakening activity (as demonstrated by PMI and consumer confidence indicators).

It may not be the time to look for further generic US dollar strength, but let's not confuse that with the risk that other major currencies face more significant headwinds into the end of 2021. 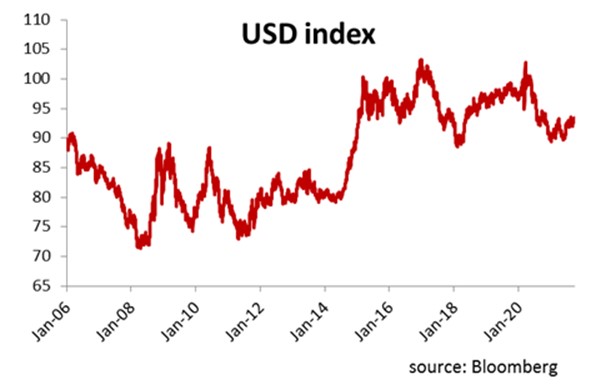 The removal of virtually all restrictions related to Covid-19 came in Q3, but the UK did not enjoy a strong and sustained uplift in economic activity as a result. There were other challenges that the UK faced, both economically and politically. Over the latter stages of Q2, there had been increasing evidence of supply chain disruption, particularly in acquiring raw materials for the building trade, and labour shortages across a swathe of industries and services businesses from construction, haulage, hospitality, retail through to seasonal agricultural work, although this isn't a comprehensive list of problems.

Gas and electricity costs surged as capacity issues and price cap problems pushed a number of suppliers into administration as the energy they were supplying became more expensive to buy than the prices they could sell it at. Additionally, some injudicious reporting of limited supply chain issues in the motor fuels industry led to a nationwide panic, with many service stations then running dry after a 500% increase in demand over the final weekend of the quarter.

Meanwhile, the government attempted (again) to fix the social care problem in the UK, proposing a National Insurance hike in order to pay for additional public supply of care beds for those infirmed and unable to continue living independently. That was seen as a threat to growth from some quarters of the government's own back benches, and described by others as a betrayal of the young and conservative values.

These were all useful distractions away from the disappointing GDP figures. Q3 seemingly got off to a slow start, according to July’s monthly GDP data, growing by only 0.1% on the previous month. Survey data from the Purchasing Managers’ Indices has also reported a slowing in activity, particularly in services.

So, whilst there were signals that inflation may prove more semi-permanent than transitory, there were still plenty of warning signs regarding the recovery, and the prospect of tax hikes cutting the pace of recovery as well.

Bearing this in mind, it is difficult to understand why markets think demand will stay strong in the face of threatened interest rate increases. Furthermore, there is a short-sightedness in approach from some at the Bank of England, who only a month or two earlier were sanguine about inflation and overly optimistic about growth.

The pound could struggle in the fourth quarter, and certainly has done little in the third quarter to build confidence that it can recapture previous highs against other majors. 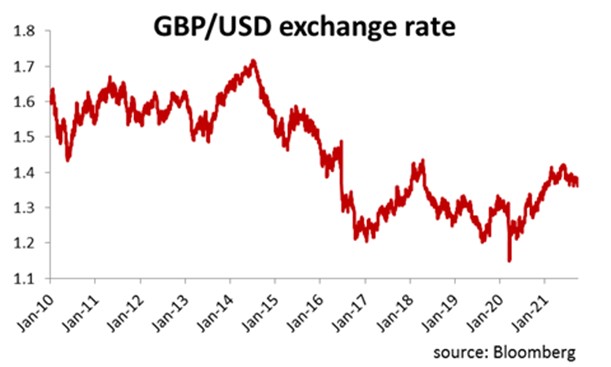 Eurozone catches up on vaccinations but faces a slowdown nonetheless

Perhaps then the Eurozone has fared better? Err no, not really. Yes, it is true to say that the vaccination programme, which got off to an inefficient start, has caught up with the rest of the developed world, but that does not appear to have provided the Eurozone with greater economic impetus.

There are similar though less severe supply chain and labour market difficulties in the economy with the likes of Germany, once the engine of European growth, now lagging badly behind. Indeed, the IFO institute has reduced the 2021 growth forecast for Germany to 2.5% from 3.3%.

Germany was also the focus in Q3 in terms of politics. The polling data suffered some surprising swings, at first in favour of the Greens, then the centre-right CDU/CDU union, but finally and decisively in favour of the centre-left SPD party. They managed to swing the most seats, but fell well short of a majority, as the votes in Germany fractured even more than they had previously. A centre-left coalition looks the most likely outcome after the election result, with the SPD looking to team up with the Greens and the FDP. However, negotiations could prove protracted and that could prove to be a factor weighing on FX markets and the euro’s value heading into Q4.

Political uncertainty and a lack of economic impetus are key negatives for any rally in the euro. It lacked conviction throughout Q3, even as vaccines were administered far more quickly than in other major economies. A lack of decisiveness over the course of the third quarter doesn’t bode well for the fourth quarter. 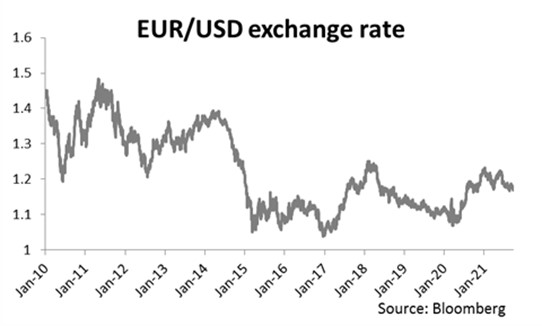 What does all this mean for the outlook for FX markets?

EUR/USD – The euro against the US dollar is a harder call. Yes, the euro has struggled towards the end of the third quarter, but not to the extent that the pound has.

Additionally, the economic challenges facing Europe appear to be less severe. Whilst that is likely to mean the European Central Bank will be the last of the big three Western central banks to tighten monetary policy, we could see the euro become more attractive, purely because it faces fewer political or fiscal challenges versus the US dollar.

The euro could therefore hold up better against the dollar than sterling does, but in a more challenging risk appetite environment there remains a downside risk. The range for EUR-USD in Q3 was less than 3 cents, with tests above $1.19 few and far between. For the fourth quarter, risks of a break down to $1.14 are greater than the chances of a renewed push to $1.20.

GBP/USD - For the pound vs US dollar, finishing the quarter at the bottom of its recent ranges bodes badly for Q4. Indeed, fresh eight-month lows were observed in the final days of Q3. Less than 5 cents covered the quarterly range for Q3, and GBP-USD hasn’t moved more than 8 cents all year. The trials and tribulations of repeated failures to break above $1.40 suggests the markets are exhausted regarding dollar weakness or sterling strength. That $1.40 area is likely to continue to provide stiff resistance to any rallies in GBP-USD, whereas breaks beneath $1.3550 on a sustained basis open the dollar to $1.31, or even $1.27. Any new regional or national lockdowns in the UK risk blowing up the economic recovery, more so than restrictions returning to the United States would undermine its economy.

Is Q4 when the pound capitulates to selling pressure, having finally given up the struggle to make further multi-year highs?

GBP/EUR – Where next for the pound against the euro? Perhaps we’ll see more tight range trading into the year end, after the range in Q3 was only 3 cents between the high and the low.

There is no vaccine bounce for the pound anymore (with vaccinations in Europe having generally caught up), the markets are sceptical about the UK's growth prospects, although still more pessimistic about those in the Eurozone, and any monetary policy changes might be prompted not by strength of recovery but by inflation risks. This last factor could prove to be compelling in terms of the downside risks to the pound.

For the fourth quarter then, the pound has to face the risk that inflation factors prove more permanent than temporary, a questionable budget strategy from the UK government (tax rises now could choke off the rebound), and threats of renewed lockdowns and restrictions piling on the pressure to the recovery, particularly in retail, retail services and hospitality.

The fear is that the UK is likely to be disadvantaged and the pound could test the downside against the euro towards €1.14 or below.

What is clear is that none of these three major currencies looks particularly appealing, and it may be the case that the one that benefits only does so because the other options are even less attractive. Perhaps that is the strongest suit for the US dollar in that it has fewer obstacles facing its economy than the pound or euro, for now at least.