Back to News Hub

It’s October 2021, and as Halloween approaches, a terrifying spectre looms over the United Kingdom.

Many supermarket shelves remain eerily empty and even our favourite fast-food restaurants are running out of ingredients. Add to this the shortage of CO2 causing energy prices to soar and it’s truly a perfect storm of supply chain calamities. We are in the midst of a supply chain crisis that threatens to grip the UK until 2023, but what’s to blame for this malevolent force driving prices up? The beast of Brexit, the creeping Covid recovery, or something even more sinister? Climb aboard the ghost train for a tour through the causes and effects of our rattling supply chains. 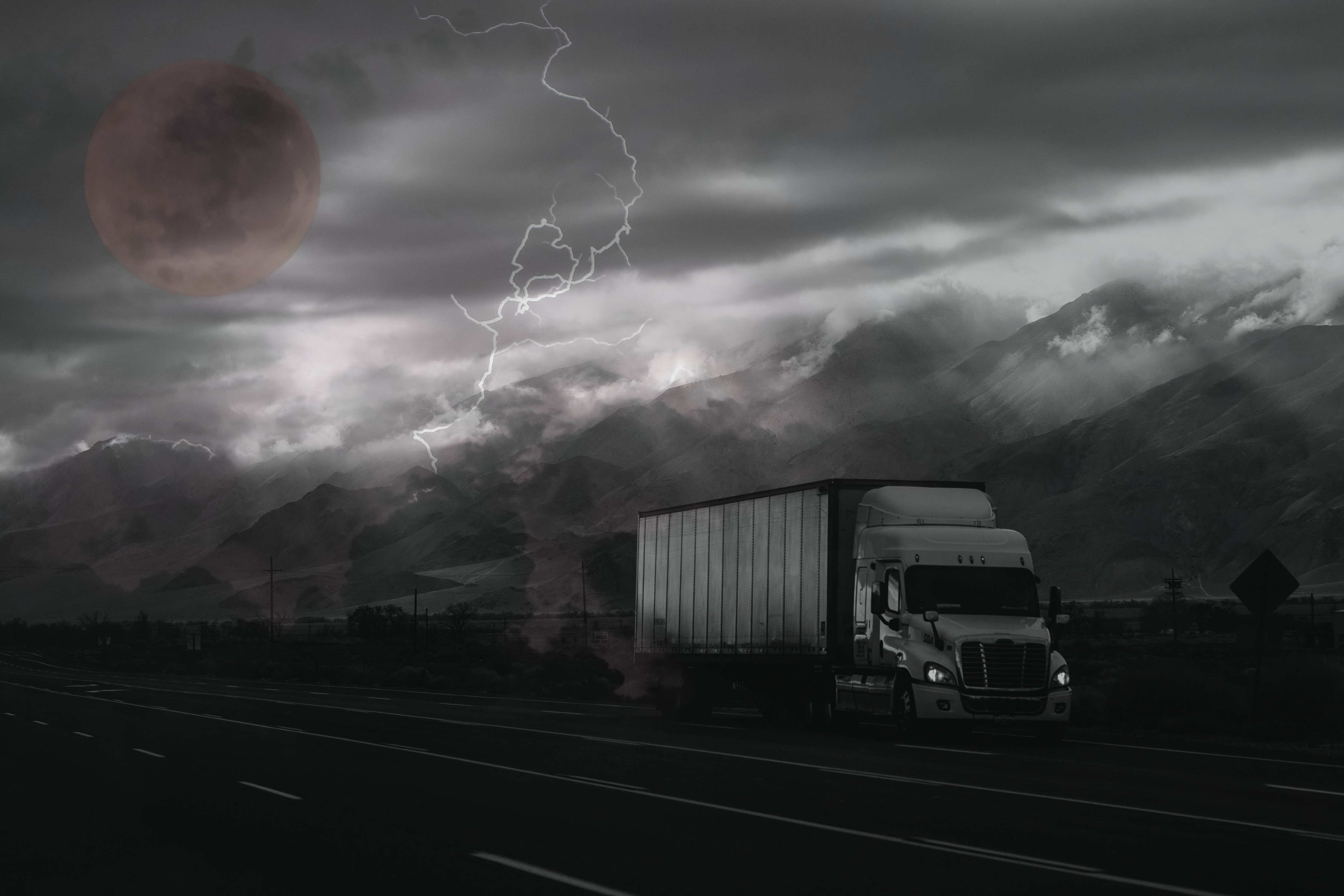 One of the most talked-about aspects of the current supply chain issues is a shortage of HGV drivers. Official figures reveal that the UK has lost 53,000 HGV drivers in the last four years alone. The ONS figures show that 12,000 of these were EU nationals, while more than 40,000 were UK nationals – suggesting that while Brexit may have played a part, better conditions and better pay will be needed to tempt drivers back to their cabins. Additionally, the pandemic has caused a backlog of HGV driving tests around the country. It’s hoped that an increase in testing and a simplification of the existing tests should ease these issues.

It’s estimated that there is a total shortage of around 100,000 drivers in sectors ranging from refuse collection to retail. The government recently drafted in military personnel to help deliver fuel and to issue emergency temporary visas to foreign drivers.

In the meantime, more immediate government solutions are have hit choppy seas. Plans to increase the frequency with which overseas HGV drivers can deliver to the UK has been described as a “short term” and “populist” move by the head of the Road Haulage Association. Rod Mckenzie, Managing Director of the RHA says the consultation launched by no.10 to shore up supply chains would undercut British drivers. But Transport Secretary Grant Shapps said the policy would be “the equivalent of adding thousands of lorry drivers to the road", a solution sure to put a smile on the faces of those in the retail and hospitality sectors.

The ongoing supply chain issues in the UK have had knock-on effects at many ports, with a backlog of containers stuck at some. Felixstowe, in particular, has become especially congested. Bigger ships are being re-routed away from the port and will be replaced by smaller vessels. Some of the ships have been waiting at the port for as many as… ‘Seven days’.

Felixstowe port puts the issues down to several factors including the peak pre-Christmas rush, a shortage of hauliers, and the pickup in production following the pandemic. There are also a number of empty containers at the port waiting to be collected. 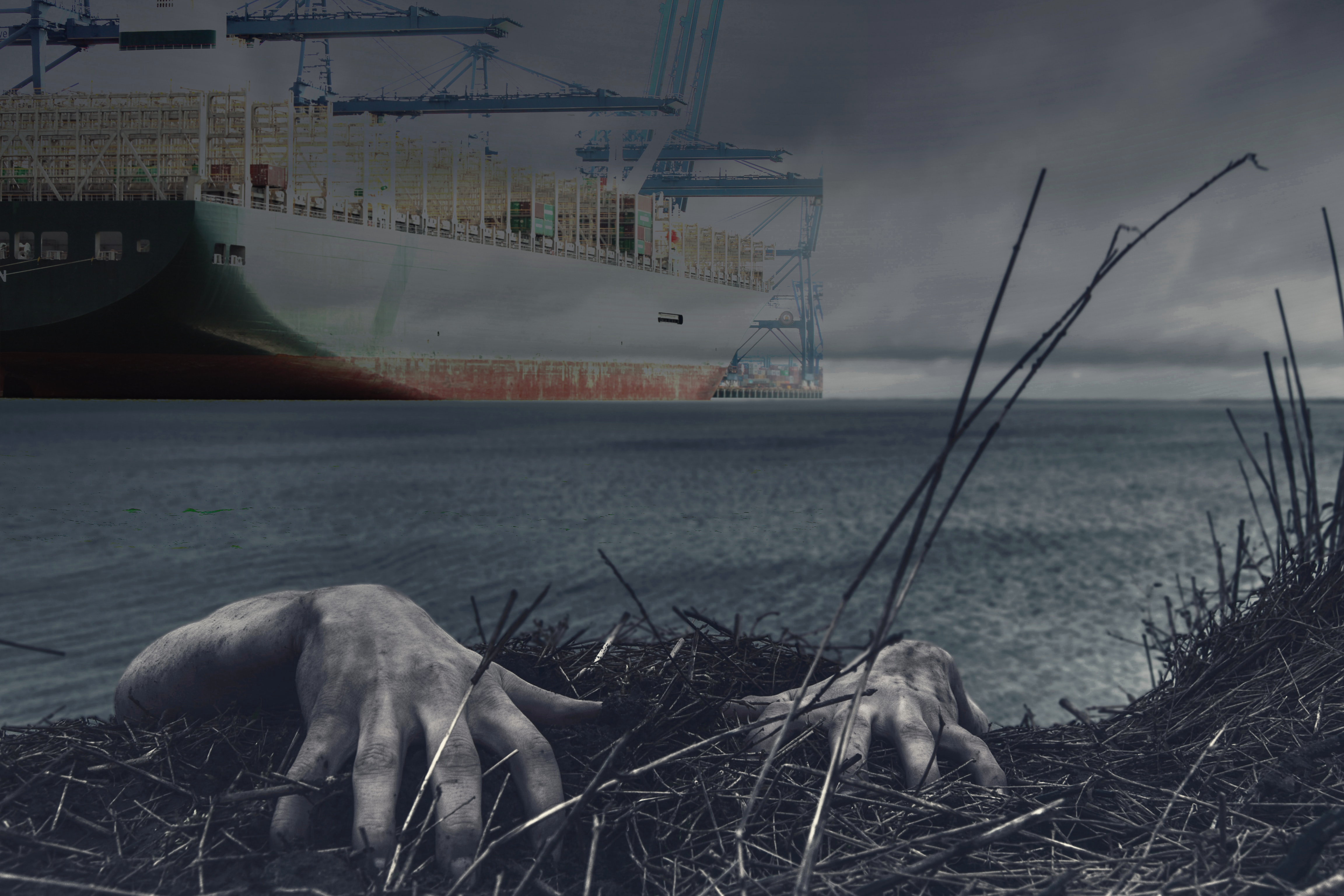 Fuel shortages have also been a concern for the UK in recent weeks. Last month. The government was forced to provide a temporary bailout to CF fertilisers, bringing the company, responsible for 60% of the UK’s CO2 supply, back from the dead.

When the company shut two plants in Teesside and Cheshire owing to the rise in costs of natural gas across Europe, there were fears that an already strained supply chain could be at risk of collapse. Supermarkets had warned of beer and meat shortages, while farmers warned that more than 100,000 pigs could need to be culled. The government responded by bailing out the company, owned by a private US firm in order to avoid the supply chain disruption.

As a further Halloween treat, the government has followed up on the bail-out with a less temporary agreement to keep the company from death’s door. Additionally, business secretary Kwasi Kwarteng has temporarily exempted parts of the CO2 industry from competition law, so that the price-fixing agreement can go ahead.

A nightmare before Christmas?

Turkey off the table and no toys delivered in time for Christmas? It sounds like a festive period suitable for Ebenezer Scrooge himself. But this might be more than just a cautionary tale. Ranjit Singh Boparan, the owner of the UK’s biggest Turkey supplier, Bernard Matthews has warned that the combination of lack of workers and Co2 supply could ‘tip them over the edge’, meaning a true Christmas crisis: no turkey sandwiches on Boxing Day!

To make matters worse, it appears the shortage of labour is already affecting the workshop of a certain Mr Clause in the North Pole. A lack of shipping containers and the ongoing HGV Shortages could mean a toy shortage in the build-up to the big day.

Naughty children around the world rejoice: if you wake up with a lump of coal in your stocking on Christmas Day, you can count yourself lucky! Coal prices continue to reach record highs, owing to dwindling supplies of fossil fuels.

So, the UK’s in a quandary. Lots of demand, not enough supply, not enough labour to move that supply, inflationary pressure causing the cost of living to rise. But ask our neighbours in Europe, or across the pond in the USA, and you’ll hear a similarly scary story.  So, is our position unique? While an element of uncertainty around Brexit, and a loss of labour may have contributed to our plight, the post-pandemic boom around the world has moved at a pace that suppliers and manufacturers have been unable to keep up with. Throw changes in consumer behaviour into the mix, causing a spike in online orders since the beginning of the pandemic, and a number of workers still being required to periodically self-isolate, and the bigger picture begins to emerge from the gloom.

So what can be done? Well, that’s a little less straightforward. While there are no quick fixes, various short-term solutions such as changes to rules around foreign workers are likely to improve the situation, at least in the run-up to Christmas. In the long-term, it’s possible our supply chains will need a complete overhaul to ensure they are optimized for the hyper-connected world, where e-commerce leads the way, and with a focus on significantly reducing the carbon footprint of the industry.

If you or your business need to exchange large amounts of currency, you could be at risk from the currency fluctuations that are inherent in times of political and economic uncertainty. Understanding the impact of currency market fluctuations on your funds and the inherent risk of sending or receiving international payments is the first step to hedging against significant losses.

The expert guidance of a moneycorp currency specialist includes both market insight and access to specialist tools that could help you make the most of your overseas payments.