Congratulations to the currency winners

With a surprise Quarter Final appearance at the 2014 competition, Costa Rica’s football has continued to improve. They now rank 23rd in the world. They’ve also made impressive gains with their currency, the Costa Rican kuna. The kuna has only dropped -1.74% against the US dollar, making it the best performing currency of the 2018 World Cup. Well done, Costa Rica!

The South Korean economy has remained a strong one since the last World Cup. As a result, the South Korean won has only dipped a paltry -5.37% against the US dollar in the last 4 years. However, their gains in currency are definitely not reflected in the nation’s football team. They were ranked 57th in the world in 2014 and remain in the same position for 2018. Perhaps the boys in red can prove the world wrong and be the ultimate underdog winners of this year’s World Cup.

Japan may have dropped 15 places in world football ranking, but the Japanese Yen remains a winner in the world of foreign currency exchange. Japan’s growing economy and weaknesses in other currencies such as the US dollar has seen the Yen maintain strength. From 2014 to 2018 the Yen has a -6.83% change in rate against the US dollar. 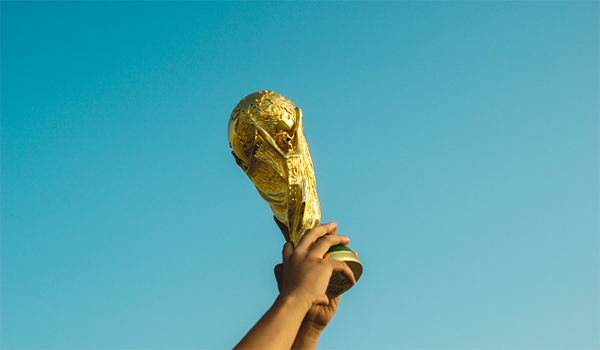 Argentina came second in the 2014 World Cup, having put up a worthy fight against winners, Germany. Argentina have maintained a rank of 5th in the world. The Argentinian Peso, however, has struggled hugely in the last 4 years with a downward spiral of -67.46% against the dollar. This huge dip in rate could be put down to the central bank’s raising of interest rates that has happened only this year.

The hosts of the World Cup 2018 have supposedly landed the weakest draw in the whole competition according to average world ranking. However, the Russian football team are currently ranked 70th in the world, dropping a whopping 56 places since the last world cup; a weak group seems only fair. Sadly, what they lack in football, they don’t make up for in currency. The Russian ruble has continued to struggle following the Russian Financial Crisis, allowing for a drop of -45.38% against the US dollar.

Despite suffering a 7-1 thrashing against Germany in the semi-finals of the 2014 World Cup, Brazil have stayed top dogs as they rank 2nd going into the 2018 World Cup. The same cannot be said for the Brazilian real that has strained under financial difficulties in the last 4 years. Brazil has experienced a recession and a corruption scandal amongst political heads has seen a – 42.80% dip against the US dollar.

If you are heading to Russia, or anywhere, make sure to take an explorer multi-currency Mastercard® with you. You won’t be charged any fees for using it abroad and it is chip and pin protected.

explorer multi-currency Mastercard is issued by R. Raphael & Sons plc, pursuant to license by Mastercard International Incorporated. Mastercard is a registered trademark, and the circles design is a trademark of Mastercard International Incorporated. Raphaels Bank is a UK Bank authorised by the Prudential Regulation Authority and regulated by the Financial Conduct Authority and the Prudential Regulation Authority (registration number 161302) and is permitted to issue e-money. Head office and registered office at 19-21 Shaftesbury Ave, London W1D 7ED, company registration number 01288938.Pre-paid cards are provided by Moneycorp which is a trading name of TTT Moneycorp Ltd

moneycorp is a trading name of TTT Moneycorp Limited which is authorised by the Financial Conduct Authority under the Payment Service Regulations 2017 (reference number 308919) for the provision of payment services.

The ability to set up regular payments and target rates